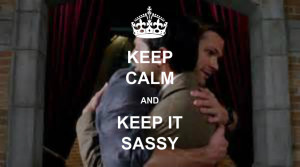 Brief explanation on why you like these two together. They have so much in common they care for each other and they have never fought and no matter what they like each other . and there hugs are amazing, they never give up on each other

#2. Fandom How to get away with murder / Names.coliver connor /oliver

Brief explanation on why you like these two together. Well they are cannon , and they love each other .care and even though they fight they still make it work the support each other though drugs hiv everything.

Brief explanation on why you like these two together. j2 are best friends how can you not ship them as boyfriends lovers they give you everything for fan fic handholdig hugging and all of the other they do to me

sncross_bigbang!
Where all Supernatural crossovers are welcome.

for Lands_ of_ magic

she is the leader make all the calls and has the right to accept or deny any ideas of the rest of the team come up with .

she is long time friends with the magic leader she is a bit more hands on then Rowena and has a thing for souls but being in this does not allow her to take any.


the inductee the new witch learning her craft from evil and no evil women she follows the worldly dealer closely learning and finding out if she will have the gift to be a good with or bad witch in the magic squad she was picked to be in . ginny ( harry potter )

she will have to learn to learn enough for her to move on in the squad to her next task.